Collaborations That Pay Off

Collaboration is defined as “the action of working jointly with others or together to create or achieve something”. It’s an overused word that you’ll find used in many businesses, sports teams and artistic endeavors these days. But the spirit behind collaboration is one that, as a company, we’ve found extremely valuable in the business of real estate development. In fact, some of our most significant and lucrative accomplishments have come about because of partnerships and good working relationships with a variety of groups and individuals.

While collaboration is a broad term, there are different types of collaborative relationships. This is certainly true in our business, and we’ve identified four primary ways Brooks Resources has collaborated in our nearly 50-year history.

True in basketball—and real estate. We’ve added business partners to our team to leverage expertise and spread financial risk. Of course, it’s essential (and sometimes difficult) to find the right partners to go into business with. Goals must be aligned. Expectations must be clear. You must have compatible business ethics. Ultimately, mutual respect between partners is key. And, just like when you pick a spouse, it helps if you actually like that person. 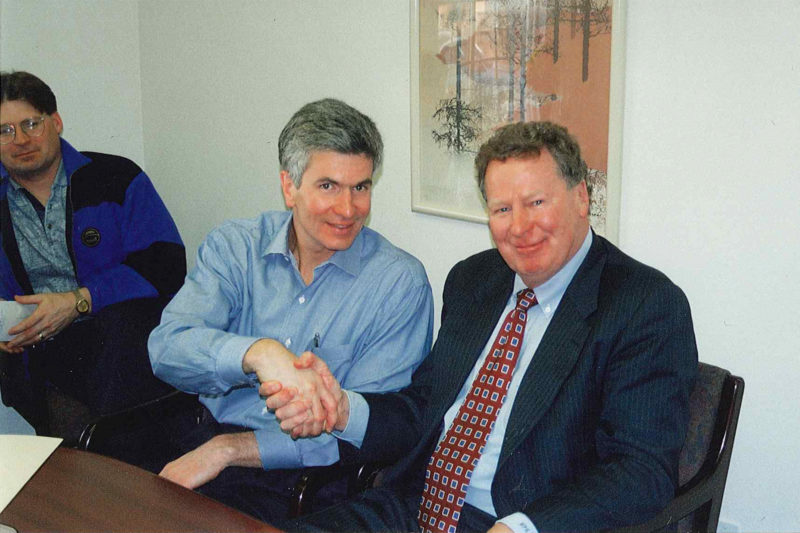 When the owner of 485 acres of undeveloped land was selling the land that is now known as NorthWest Crossing, he was separately approached by Mike Hollern, then CEO of Brooks Resources, and Mike Tennant, owner of Tennant Developments. Both organizations had similar strategic visions for the land and a solid reputation in the community, making seller’s decision of whom to sell the property to a difficult one. So, the two parties started talking. Based on the scale of the project and common community vision, the two organizations concluded that it may be mutually beneficial to partner with each other to bring a new kind of community to Bend, Oregon. Fifteen years and dozens of accolades later, NorthWest Crossing is a success story that probably wouldn’t have materialized had either company gone it alone. We were able to be more creative. Take more risks. Ride out an economic recession. And reap the financial benefits.

Since then, Brooks Resources has partnered with other like-minded companies in successful projects such as The Tree Farm, Shevlin Health & Wellness Center and our new Discovery West community. It’s a business strategy that we feel confident will continue to pay off.

How does a real estate developer and a conservationist become friends? Sounds like the beginning of a weak joke, doesn’t it? But an unlikely collaboration between Brooks Resources and Central Oregon LandWatch was born from a need to keep the City of Bend’s Urban Growth Boundary (UGB) project from stalling. In 2016, the partnership entity that was hoping to develop The Tree Farm found itself at odds with LandWatch, which had appealed the land use decision with concerns over potential impacts on wildlife and risks associated with wildfire. Simultaneously, the City was right in the middle of the UGB process, determining how and where the city would grow over the next twenty years. Not an easy task, given the different perspectives and interests from various land owners and public interest groups.

Rather than dig our heels in for a long fight, we took a more collaborative approach. Instead of focusing on the points we didn’t agree on, we began talking to LandWatch about our common goals and vision for Bend’s future. This kind of collaboration takes patience and open-mindedness from both parties. It requires understanding and respect, which grows the longer you listen to each other. We were able to identify common goals around development patterns, fire resistant building standards, and transportation strategies.

Paul Dewey, Executive Director of LandWatch, and I reached enough common ground to help the UGB process move forward without opposition and settle the appeal on The Tree Farm land use application. We later celebrated our unique collaboration over beers when we were awarded the City Club of Central Oregon’s “Conversation of the Year” award last month. And it’s a collaboration that we will continue to value as we work toward common goals with the Bend Central District and other projects.

Many developers tend to have an adversarial relationship with the governmental jurisdictions overseeing their projects, or at least grit their teeth when they have to “work with” the city, county, park district or other governing body. We think this is short-sighted and ineffectual.

Brooks Resources’ approach has long been collaborative, viewing the city, county, park district, etc. as partners—not obstacles. The secret to this kind of relationship is understanding their world—even spending time in their world. For example, several of our employees have volunteered on various city subcommittees where our perspective and expertise are valuable. This demonstrable commitment allows us a greater view of the challenges and opportunities that exist at the municipal level, and also forges stronger relationships with the individuals serving in those capacities.

Of course, we don’t always see eye-to-eye on everything with governing bodies. But just like the perspective and open communication we exhibited with LandWatch, we treat our regulatory bodies with the same respect to seek out common goals. The relationships with governmental staff that we develop outside of the land use process has helped to create mutual respect and trust. When we do have differences of opinions during land use, those relationships help us resolve those issues quicker and, often, in a more mutually satisfying outcome.

Recently, we were honored by the Oregon Recreation and Parks Association as the 2017 Private Partner of the Year. Our nominee? Bend Park & Recreation District, who so valued our long history of collaboration, that they nominated Brooks Resources for this prestigious statewide honor.

Finally, we go so far as to look at our customers—those buying our developed lots, building homes on our lots, or leasing commercial and residential space from us—as collaborative partners. When we develop a community, we typically have an ideal finished product in mind. We’re not builders ourselves, so how do we work with our customers to fulfill our visions for that land?

One unique approach that was very successful for us, was the creation of the NorthWest Crossing Builders’ Guild. We carefully hand-selected 25 builders who not only build beautiful and high-quality homes, but shared our long-term vision for a sustainable neighborhood with architectural diversity. It was a radical concept at the time. No set floor plans. No model homes. And surprisingly, no contention. In fact, instead of competing, each builder recognized the cumulative value of the Guild and the contributions of their fellow craftsmen. Many of them have consulted each other, traded lots, and even partnered on projects together. This collaborative concept for building homes is one of the reasons NorthWest Crossing has been so successful. We have helped finance the construction of some homes, we have builders sit on our architectural review committee (reluctantly at first), and we communicate about what is working and not working in the community. 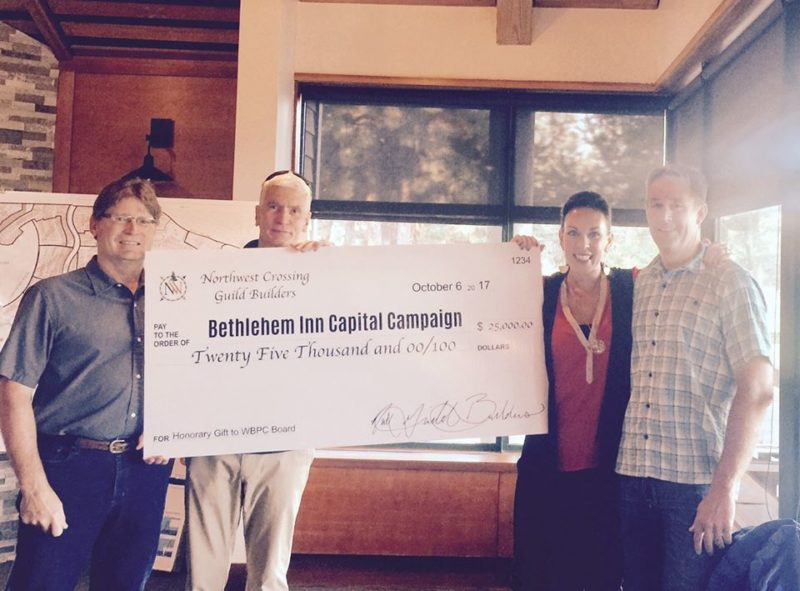 To highlight the mutual admiration we have with our builders, let me share a story from our final NorthWest Crossing meeting in October. Guild members surprised our development team with an honorary gift to Bethlehem Inn’s capital campaign in the amount of $25,000. Each member contributed to show their appreciation for developer collaboration over the years. For us—and them—it’s not just transactional. It’s relational.

A long-time employee of the company from 1993-2010, Kirk returned to Brooks in 2016 to provide leadership and work with the board and management team members to establish long-range goals, strategies, plans and policies. After his initial 17 years with Brooks Resources, where he held the roles of Controller, Chief Financial Officer and then President, Kirk joined St. Charles Health Care System as Chief Administrative Officer in 2010. In 2014, he started his own consulting firm and then served as the Chief Financial Officer for Mosaic Medical. Kirk has a forestry degree from the University of Nevada and an accounting degree from the University of Oregon. He currently serves as a trustee of Oregon State University.