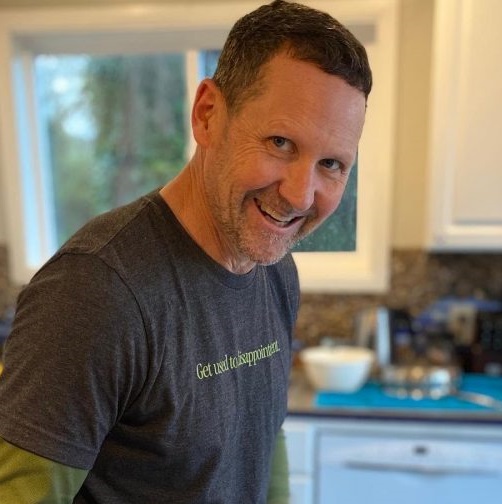 Bend, Oregon is growing – and fast. This means that we need careful planning, forward-looking infrastructure and optimization of land use to accommodate our changing landscape and population. One area that has been “central” to these discussions about the city’s future is the Bend Central District (BCD). The BCD runs roughly from NE Penn and 2nd street south to the 3rd street underpass, on the west side of Highway 97. It is truly in the heart of Bend, and its future will shape the way our town looks in the years to come.

We sat down with Dale Van Valkenburg, our Director of Planning at Brooks Resources Corporation to ask him some questions about Bend Central District. He has been actively involved in discussions and planning for the district for several years.

Give us some context about the Bend Central District and its current situation?

As a part of the 2016 UGB expansion for the City of Bend, the BCD was designated as an “opportunity area” for more housing and other uses. Spurred by the expansion, a grassroots effort called the BCD Initiative was formed, of which Brooks Resources was a part along with a number of other interested parties. They’ve been able to accomplish a huge amount in a short time, leading the charge on this effort and promoting urbanization.

The BCD Initiative played a major role in the City of Bend forming an Urban Renewal Advisory Board to create a recommendation to the Bend Urban Renewal Agency/City Council on the formation of a new Urban Renewal Area. Named the Core Area Project, it includes the Bend Central District and is geared toward creating a common vision and implementation plan for the area. Some of the issues this project is actively addressing include design, connectivity, streetscape improvements, needed infrastructure, specific challenges in the area and achieving an overall vision for the future.

If anything has been proven by similar projects in the past, it takes multiple entities – public and private – working together to create a better environment in Bend. That’s exactly what’s happening when it comes to the BCD.

What are some of the key opportunities for the Bend Central district to thoughtfully be a part of Bend’s growth? What are the inherent challenges and how do we address them?

Bend is clearly becoming a larger city and as people move here, we really have two choices when it comes to housing. Expand the UGB, or optimize units within the existing city limits. The days of large master-planned greenfield developments in Bend, such as NorthWest Crossing and Discovery West, are probably limited. At Brooks Resources, we’re looking at this as a pivotal point in how housing is developed in the region.

As for the BCD, it provides an opportunity to transform an underdeveloped area in the very center of the City into a vibrant district for housing and employment where there is already a complete network of streets and infrastructure.  A future resident of the BCD will have essential services within close proximity, walking distance to employment opportunities, grocery shopping, restaurants, recreation and fitness facilities and the transit center.  This is an area of Bend where someone could reasonably choose to not own a car without practical difficulty, something that will be key as Bend continues to grow.

While the BCD is a prime location for more residential options inside Bend, it needs essential improvements to make this happen.  For example, the current streetscapes are not inviting for pedestrians and bicyclists, making it uncomfortable and in some instances even unsafe to walk or ride to destinations. The Parkway and BNSF rail line form a significant barrier between the BCD and downtown, with the existing access ways on Greenwood and Franklin being cramped and dark.  The BCD is also home to many homeless residents, and there currently are not adequate facilities to provide safer and more comfortable housing.

The city’s Core Area Project aims to help solve these issues by combining tools, incentives, and programs such as Tax Increment Financing to help fund improvements in the infrastructure and programs to assist in some of the social dilemmas facing the area.  None of these tools, however, can be effective without significant investment of private dollars in redevelopment projects in the area.

What are some of the concrete things that have happened to move work forward in the BCD?

The table is set for the Bend Central District. The city has made multiple moves in planning for its future, including implementing zoning that allows taller buildings, fewer parking requirements, and more residential uses than were previously allowed. The tax increment financing program is in place to provide a funding source for infrastructure needed to make these plans a reality, and the recent Transportation Bond will also help with some of the heavy lifting on major corridor projects and improving the Parkway/BNSF undercrossing and potential overcrossing.

Funding from the tax program can be slow to get started as it is reliant upon private investment in the district to increase property values. This means that some investors have to be pioneers in order to create a snowball effect in achieving the city’s vision. Right now is a critical point for the success of the district to enable these pioneers to make significant investments in projects in the district.  Brooks Resources has a project in the design phase that would be such a pioneering project.

There is so much potential in the area, and we are seeing activity from multiple avenues, including existing owners and people buying property in the area to create new uses. We’re looking forward to seeing how the Bend Central District will bring together the fabric of our growing community!