Last week, we held an impromptu outdoor retirement gathering to wish David Ford well in his retirement. Even with physical distancing in place, and most us of working from home, we wanted to celebrate David’s career and send him off in style. Many of you know David from his many years of work as general manager of the award-winning NorthWest Crossing neighborhood on Bend, Oregon’s westside. 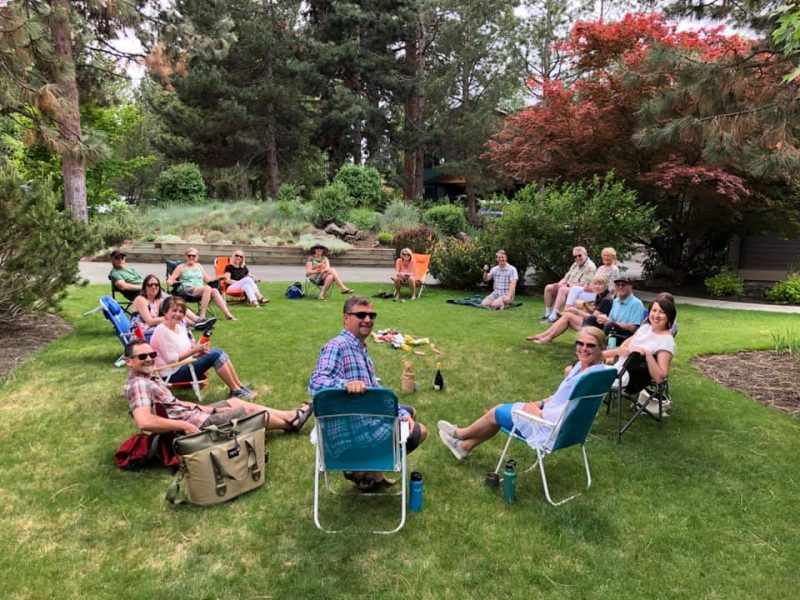 David was instrumental in shaping NorthWest Crossing (NWX). The neighborhood has become a prime example of how careful planning and a deep understanding and respect for the essence of the Central Oregon lifestyle can create something wildly successful. Founded in the early 2000s on the principles of new urbanism, NorthWest Crossing has grown to represent one of the premier communities in the region.

He carried many aspects of this vision over to the plan for the new Discovery West neighborhood, which he worked on for the last several months until his retirement last week. Rick Hayes, who has been with Brooks Resources since last summer, will take over many of David’s project management tasks for the new neighborhood. 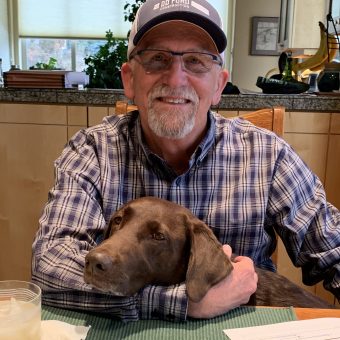 David is well-known not only for his contributions to the popular NorthWest Crossing, but also for his involvement in the community. He served on the Board of Directors for Central Oregon Community College for eight years, where he was part of the team heading up the campus’ growth and strategic direction.

David said, “It has been a good ride! It has been huge honor for me to be associated with such a great group of people creating wonderful neighborhoods in Central Oregon.”

Prior to his 19-year role with NWX and Brooks Resources, he worked as a regional manager for Heery International overseeing public and private capital improvement programs in Central Oregon, including three programs for Bend Lapine School District.

Congratulations on your retirement David! You will be missed, but we’re looking forward to hearing about all your adventures.