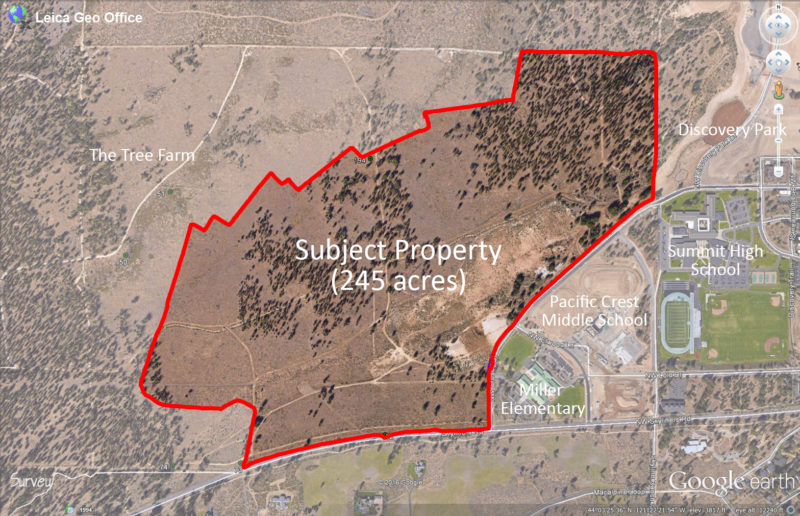 The developers of NorthWest Crossing announced today that they have purchased 245 acres from the Miller family. The property, which was included in the recent expansion of the Bend Urban Growth Boundary, is bordered by William E. Miller Elementary and NorthWest Crossing to the east and the newly developed Tree Farm neighborhood to the west.

According to Charley Miller, co-manager of Miller Tree Farm, “Our family considers this a legacy piece of property. After the first UGB proposal in 2009, we decided we didn’t want to see a hard line of urban development right up against the forest. We felt that a less intensive pattern would be more appropriate. We entered into the agreement with NWX2 in 2013 after several years of discussions and a timeout to make land available for Pacific Crest Middle School. The agreement was conditioned upon NWX2 participating in and managing the 500-acre Tree Farm Development in order to fulfill the family’s vision. That 50-lot development was completed late in 2016. It created over 400 acres of permanent open space and miles of trails to be enjoyed by the community for perpetuity.”

Miller adds, “This team was the family’s choice because of our respect for the work the members have done developing other properties purchased from our late father, William E. Miller, including NorthWest Crossing, West Bend Village, and Miller Heights. The relationship actually goes back over 100 years—Miller Lumber Company purchased lumber from Brooks Scanlon mill when both were starting out in Bend. It has been a pleasure working with this quality team and we know they will develop this land in a fashion that we can be proud of.”

Kirk Schueler, President of Brooks Resources and board member of NWX2, LLC said, “We are very excited to see this property evolve in new and different ways, yet with the same quality and attention to detail we have shown with NorthWest Crossing.” Schueler estimates that their master planning process will take 6-8 months. “Through that process, we will be working closely with the City of Bend and other local entities to thoughtfully develop this property to meet the needs of the community.”